The Fame Reporter interviewed Founder and Artistic Director of The Australian Brandenburg Orchestra. His new show will take Brisbane audiences on a mystical adventure in Karakorum: A Medieval Musical Journey. 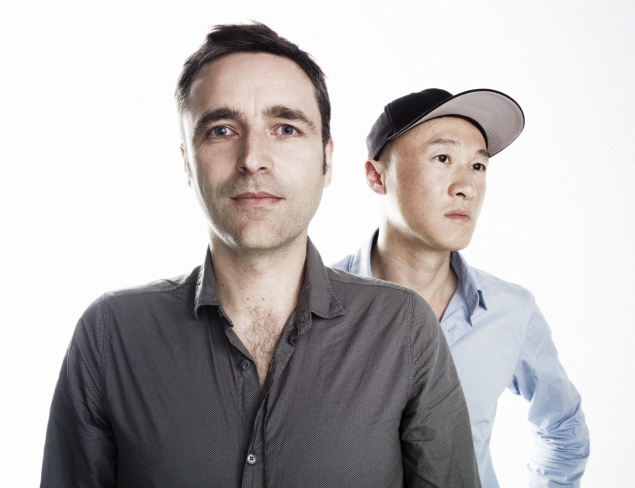 We talked to Paul about the most challenging and rewarding aspects of rehearsing the concert, how David Wenham became the narrator, what drew him to bring the ensemble La Camera delle Lacrime to Australia and more!

See our insightful and exclusive interview below! 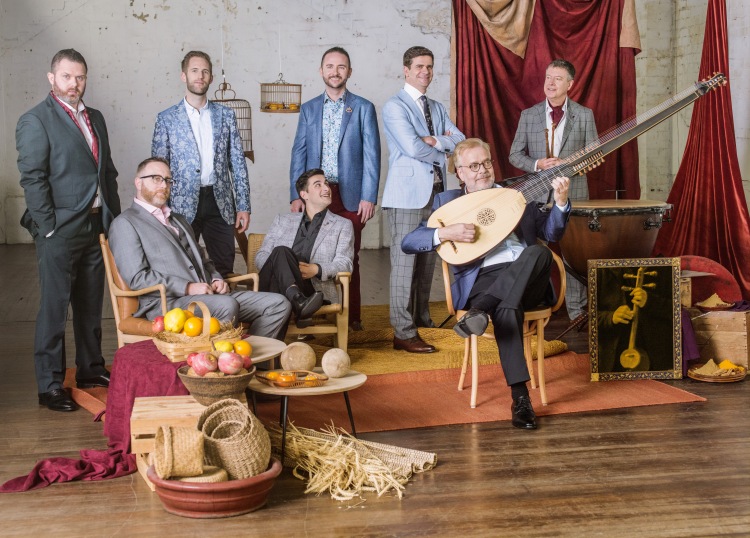 What is Karakorum: A Medieval Musical Journey about, for those who don’t know and what made you want to bring it Down Under?

One of the most beautiful moments of my life I can remember was I was driving 3 years ago in a small village in France in the Auvergne Region which is South-West of Lyon and I was going to a Summer music festival. It was about an hour away and at the end of the drive I saw this magnificent absolutely huge Abbey coming out of the mountaintop of this tiny historic town. During my trip a friend of mine said the Abbey holds various concerts in the next 2 weeks and one of them was called Karakorum. I really didn’t know a lot about it but when I went to the concert there was a charismatic singer called Bruno Bonhoure and his Cambodian colleague, Khaï-dong – born in Cambodia, raised in France and five incredible musicians that were specialising in Medieval instruments.

I did a bit of research of what music sells the most. A lot of people buy chant or gothic music when you see a hooded monk chanting. It’s one of the most popular things to download I thought this could be a really interesting concert if I brought the Ensemble out to Australia and put them with some of my chanters from the Brandenburg with some instruments as well. Then I asked well – known actor, David Wenham, he was in Lord of the Rings and Pirates of the Caribbean, to be the narrator of the Karakorum concert.

“That’s super awesome to be taking that journey in 1254 let alone now.”

It’s based on a true story involving the diary of a Franciscan monk in 1254. He travelled  from France overland to Mongolia and it took him 3 and a half years to get there and the same time to come back. He went to preach the Christian word to the people of Mongolia. That’s super awesome to be taking that journey in 1254, let alone now. The monk travelled through Constantinople and all different cultures. The concert will have chanting from Buddhist to Hindu to Christian and more.

David Wenham will be reading from the diary that was only discovered a few years ago from the amazing monk called William of Rubruck. We are putting him in a monk’s outfit and the story entails how long the journey took, what he did on a certain day and what he saw. In between, the glorious music plays.

What was it that made you decide to choose David Wenham for the narration of this piece and what was his reaction when he was asked?

When I read the journal and saw it in France, of course the show and the monk were speaking French. I thought we can’t have that in Australia as no one would understand it. I considered getting a young NIDA graduate to read the diary. Then I thought this could be really interesting for someone like David or Richard Roxburgh or any top-notch Australian actor. I made an appointment with David and he said Paul ‘I did this movie with a similar theme to it about a priest a couple of years ago.’ It was awesome and nominated for various Academy Awards and thought he’d be perfect because he’s the right age to be looking back as a monk telling the tale and also super well – known.

“So what better opportunity to bring him to Brisbane and put him in a monk’s outfit and participate in this fantastic journey.”

I also engaged two young guys who have graduated from NIDA. One of them is Constantine Costi who is the Director as there is not just musicians, it’s how people flow in and out of stage. The lighting designer is John Raymond and Con’s brother, Michael Costi has just graduated in Script Writing for Theatre and Film so he’s adapted the diary from French to English and David loves it. There are three French speaking musicians from the Brandenburg. The singers are thrilled because they have never been to Australia before. We have 7 concerts in Sydney, 3 in Melbourne and 1 at QPAC to finish.

What do you love about the Ensemble La Camera delle Lacrime​ from France combined with the Australian Brandenburg Orchestra and Choir and what do you believe their talent will bring to the piece?

I found them to be very charismatic people and what’s interesting is nowadays I love the idea that people are non – judgmental about religion, sexuality, race or gender – whatever it is. When I saw these people on stage they were all French but there was an Iranian French, Turkish French, Mongolian French, Chinese French and Khaï-dong Luong was from Cambodia. They were all first generation French. It is really fantastic because you get the feeling as the journey passes through from France into modern day Islamic world, Russia, Mongolia and China when you look at them they represent the world map. 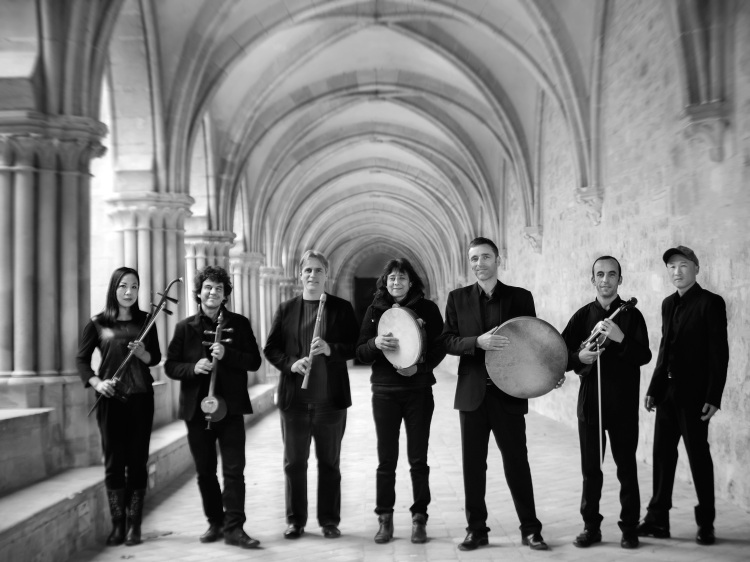 “Nowadays I love the idea that people are non – judgmental about religion, sexuality, race or gender – whatever it is.”

What is the most challenging and rewarding part about rehearsing this show?

Our normal process is that we know the language really well and this is going back in time another couple of 100 years. Looking at the medieval time we don’t know as much about that period as the French Ensemble do. The challenging thing will be communication in French. It’s a matter of finding the same link in the different cultures, being able to feel David’s energy and us give energy back to him as well musically.

What is the best aspect of your role being Co-Founder and Artistic Director of the Australian Brandenburg Orchestra?

The most wonderful thing about my role is I am able to give people a menu or I always call it a smorgasbord of music. I have this wonderful opportunity to offer a modern slant on it. Also the orchestra and the choir are all in their 20s, 30s and early 40s so it’s not like an old fussy, dusty orchestra. It’s really a great bunch of people. I have the opportunity to bring fantastic musicians, international and national stars to Australia.

“I am able to give people a menu or I always call it a smorgasbord of music.”

What do you hope Brisbane audiences take away from this production?

I suppose the role of the monk himself. To think how awesome it is to go away thinking our life is easy in comparison to someone like this. This friend of mine is actually in Karakorum right now. He had no idea I was doing this project and there he is with his 4 wheel drive going over these amazing vast plains. Also Julia Roberts was inside a Mongolian hut in Karakorum, I saw it on YouTube and I thought to myself – how easy is it for Julia Roberts or this friend of mine to get there and experience it whereas this monk went through this amazing hardship. He probably didn’t know what to eat, he didn’t know what animals were and the frostbite at night. But he did it all because of his belief. I think that’s an amazing story.

“I would like people to take away that feeling of the journey of life, whether you are in your 20s or 80s.”

Thank you Paul for being our guest at The Fame Reporter we wish you all the best and chookas for the Australian tour.

Buy your tickets to Karakorum: A Medieval Musical Journey for one-night only on
7 August in QPAC’s Concert Hall.

Interviewed by Founder of The Fame Reporter, Ellen Goddard. 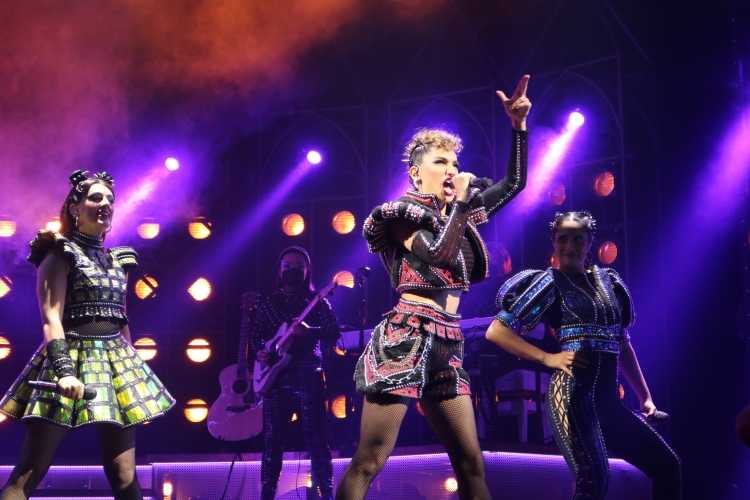