Real life siblings Jessica and Jon, are excited to be starring alongside each other once again, this time in Opera Queensland’s ‘The Merry Widow’ opening 22 June at QPAC’s Lyric Theatre until 30 June. The pair will be playing, Sylviane Bogdanovich and Alexis Kromov respectively.

Jessica Low is a Mezzo-Soprano singer and actor based in South-East Queensland. She holds degrees from the University of Southern Queensland (where she won the Delith Brook Johnson award for Outstanding Vocal Performance) and The Queensland Conservatorium, Griffith University. She is a member of the Opera QLD Chorus and has performed in La Boheme – Puccini, The Perfect American – Philip Glass, La Traviata – Verdi and Candide – Leonard Bernstein. She also facilitates workshops for the community to learn about and experience opera in the Open Stage program.

Most recently Jessica performed the role of Molly in the new work, The Bulimba Opera with Blue Roo Theatre Company and OperaQ Opera Stage. Jessica performs regularly with The 7 Sopranos. She has been fortunate to have been with the group for regional touring, The 2014 Lord Major’s Christmas Carols and Mater Little Miracles Valentine’s Ball to name a few. Jessica is passionate about making opera accessible to anyone and everyone. 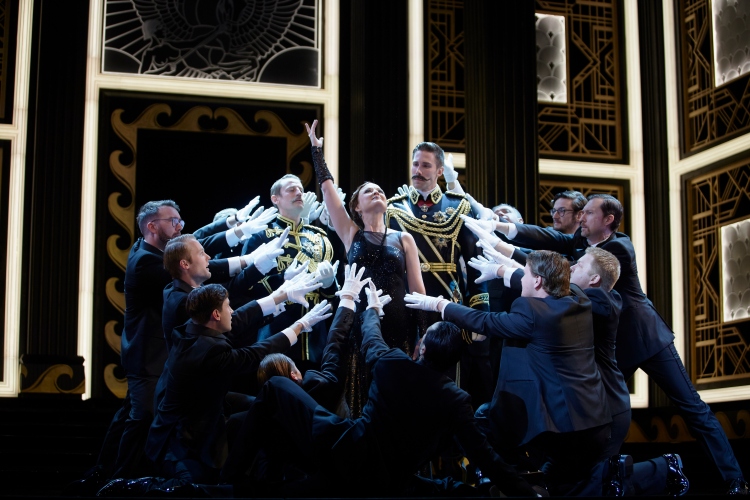 Jon Maskell is a graduate of Griffith University Queensland Conservatorium (Graduate Diploma of Music Studies) and the University of Southern Queensland as well (Bachelor of Music with Honours). In 2008 he won the Joyce Campbell-Lloyd Overseas Scholarship which funded lessons with Robert Dean of the Guildhall School of Music & Drama in London. Jon performed several roles while studying including Papageno in The Magic Flute and Billy Bigelow in Carousel to name a few.

Jon recently performed the role of Maximilian in Opera Queenland’s production of Candide. Previous roles with OperaQ include Servant and Marchese understudy in La traviata and 2nd Priest in St Matthew Passion. He has also sung in the OperaQ chorus for productions of Aida, The Girl of the Golden West, Tosca, Macbeth, La bohème, The Perfect American and more. Jon has performed as a soloist with Toowoomba Philharmonic Choir, the USQ Singers and more. When not performing he teaches singing, conducts a high school boys choir, and makes music with children in foster and kinship care.

We talked to Jessica and Jon about their careers thus far including their current roles in ‘The Merry Widow’, what it’s like working with family and more. See our interviews below!

How did you begin performing and what is your favourite thing about the art form?
I’ve always been singing and have always enjoyed it. At the age of 7, I sang a solo at a Christmas concert and that I think ignited the flame. But I love opera because it’s a really immersive art form. It’s about of course the singing but also the way you move, what you’re wearing and the set.  It’s just one of those things that cover all of the bases and I love that.

What is Opera Queensland’s ‘The Merry Widow’ about for those who don’t know?
It tells the story of this enduring but prickly romance between Hanna and her ex playboy lover Danilo and it’s a kind of a ‘will they, won’t they’ story.

Tell us a little about your role in ‘The Merry Widow’ and what drew you towards it?
I’m playing Sylviane Bogdanovich. So she’s kind of a ditzy, silly and dizzy character. She loves the nice things in life and is not very intellectual at all. The design of her costumes by Jennifer Irwin are just incredible, I love the costumes the most.

“It’s been awesome to work with so many
Brisbane – based artists.”

What was the most challenging and rewarding part about rehearsing for this role?
The most rewarding thing has been working with heaps of local artists. So lots of them I knew already and we have a few people that aren’t local like David Hobson and James Rodgers. It’s been awesome to work with so many Brisbane – based artists. As for challenges, I guess getting used to the shoes is always something in the rehearsal room that’s tough. I’m someone who wears flats in my normal life, so I always find getting into the show heels is a little bit of a challenge.

What is it like working with your brother and has it always been a family love for performing?
Well, I hope Jon likes working with me, I love working with him. We have been working together for years now and it’s something I really enjoy because it’s actually when I get to see him the most, is when we do a show together as we don’t live in the same town. I really appreciate that time, it’s a lot of fun and we have always enjoyed music. Our parents were always very encouraging, but they’re not musical themselves.

“It’s just the perfect night out for everyone even if you haven’t been to an opera.”

What do you hope audiences take away from this production?
I just hope they come and enjoy it. It’s a really fun show and there’s a lot to see. Firstly there are heaps of jokes, amazing dance numbers and of course the beautiful music. So it’s just the perfect night out for everyone even if you haven’t been to an opera before or the more experienced theatre goer, it has something for everyone.

Favourite Disney film?
The Princess and the Frog, Sleeping Beauty and The Little Mermaid.

Any pre – show rituals?
Warm – up, lots of water and say hello to everyone.

Favourite scene in ‘The Merry Widow’?
I’m not in the scene but there’s this number that the boys do called ‘Women.’ I just think it is the most fun scene, I love the dance, the song is so catchy and I literally sing it all the time at home.

Place you most want to travel to?
Japan.

Favourite thing to do with family?
My Mum’s a really good cook so I just love when she cooks and we all sit around, eat, chat and reminisce about silly things.

Finally do you have any secret talents?
I’m knitting a scarf at the moment, I don’t know if that counts.

“It’s a romance story with lots of comedic misunderstandings.”

What is Opera Queensland’s ‘The Merry Widow’ about for those who don’t know?
Very briefly it’s a romance story with lots of comedic misunderstandings. There’s a love pentagon rather than a triangle. It follows the lead character Hanna and her love story.

Tell us a little about your role in ‘The Merry Widow’ and what drew you towards it?
I’m playing Alexis Kromov. He’s a bureaucrat from a fictional country called Pontevedro, where everyone is from. Now that we have moved to Paris, which is a very different style of living, he is very suspicious and jealous that his wife is flirting too much and  suspects she is having an affair.

How was your experience attending the Griffith University’s Queensland Conservatorium and how has that experience affected your career progression today?
I was at the Queensland Conservatorium (QLD Con), Griffith University for a year doing my graduate diploma. Although prior to that I completed my bachelors degree at USQ (University of Southern Queensland) in Toowoomba. Doing that year at QLD Con gave me the opportunity to perform for different audiences and in that year I auditioned for Opera Queensland the first time and was accepted into the chorus.

What is it like working with your sister and has it always been a family love for performing?
It has been, this has only been the second time we have both had a role in a show together but we’ve been in the chorus a few times in Opera Queensland shows and it’s always so much fun. We get along really well and we just have a great time working together.

“The Act 2 set looks like a Monet painting come to life and there’s amazing costumes as well.”

What do you hope audiences take away from this production?
I hope that it’s a production that will appeal to newcomers to theatre. Especially newcomers to opera. It’s going to be a stunning production with this beautiful art – deco setting. There are three different sets by Michael Scott – Mitchell. Especially the Act 2 set looks like a Monet painting come to life and there’s amazing costumes as well. I get to have a monocle so that’s very exciting for me.

Favourite song of all time?
Soliloquy – Carousel the musical.

Any pre – show rituals?
Sometimes I do, but not this time no. Once I’m in my costume it really puts me in the field of the show.

Favourite scene in The Merry Widow?
The love duet.

Place you most want to travel to?
Machu Picchu.

Favourite thing to do with family?
At the moment it’s to see them, as I live in Toowoomba. When we get those moments when we’re all together and I get to play with my daughter.

Finally do you have any secret talents?
Maybe I am a good dancer; you’ll have to see the show to find out.

Thank-you for joining us at The Fame Reporter. We wish you all the best and chookas for the season of ‘The Merry Widow’ at QPAC.

The Merry Widow opens tonight 22 June at the Lyric Theatre, QPAC until 30 June, 2018 get your tickets here.