Paulini is currently starring in the lead role of Rachel Marron in the Australian tour of The Bodyguard musical. She is an insanely talented Australian singer, songwriter and actress and an overall dynamic performer with killer vocals.

With her incredible voice, stunning looks and engaging personality, Paulini is one of Australia’s most uniquely talented performers. The Fijian-born singer songwriter first enthralled the nation on the inaugural series of Australian Idol. Audiences instantly fell in love with Paulini’s impressive five octave range – a voice still unrivalled and like no other in this country. Since then Paulini has forged a hugely successful career. Her debut album ‘One Determined Heart’ and smash single ‘Angel Eyes’ achieved double platinum status, both hitting the #1 spot. She is still one of only 10 Australian female solo artists to have a #1 album on the Australian ARIA Charts.

She then released another highly acclaimed album ‘Superwoman’ before releasing two more double platinum albums with the popular all-girl group Young Divas. In 2015, debuting at #25 on the ARIA charts, Paulini’s highly-anticipated third solo album ‘Come Alive’ was released, an infectious, fresh blend of catchy pop, sexy grooves, funky RnB and heart-felt soul that was a labour of love for Paulini, inspired by her personal experiences.

Paulini’s sound has been Influenced by some of the most iconic voices in music, Mariah Carey, Aretha Franklin, Michael Jackson and her childhood idol Whitney Houston, having won the National Star Search Competition in her teens with her incredible rendition of Whitney’s timeless classic When You Believe, showcasing her world class talent from a young age. Since signing with Alberts Music Publishing, the singer travelled the globe from New York to Los Angeles, Paris and London, collaborating with some of the world’s best producers including Chris Rosa (producer for Macy Gray/Jamie Foxx), Erik ‘Blue2th’ Griggs (Jordin Sparks, Dreamgirls soundtrack) and PhilippeMarc Anquetil (Little Mix, Emeli Sande, Timomatic). Paulini’s song writing abilities are very much in demand, she’s penned songs for many international artists including hits for The Voice winners from France and the Philippines in recent years.

She has had incredible success internationally having wowed audiences at New York’s illustrious Pride festival, sung in Dubai, Paris, Berlin and Shanghai across several prestigious global sporting events, and performed at the esteemed G’Day USA showcase in the States celebrating all things Australian.

Paulini has come a long way since her days on Australian Idol; she is thrilled for her theatrical debut in The Bodyguard and performing songs she has known and loved for as long as she can remember.

Looking and sounding better than ever, she maintains the grace and humility audiences first fell in love with and cannot wait to embrace this next chapter of her musical journey with her fans.

Paulini’s current show The Bodyguard musical in which she embody’s the talented, caring superstar, Rachel Marron, she lifts up this beautiful show with the incredible performances of Whitney Houston’s greatest hits! Buy tickets to Melbourne shows here.

We talked to the lovely Paulini about her performing and songwriting career and what are her biggest challenges and greatest rewards when playing this iconic role and you might get to discover her favourite Whitney song to perform, check out the interview below. 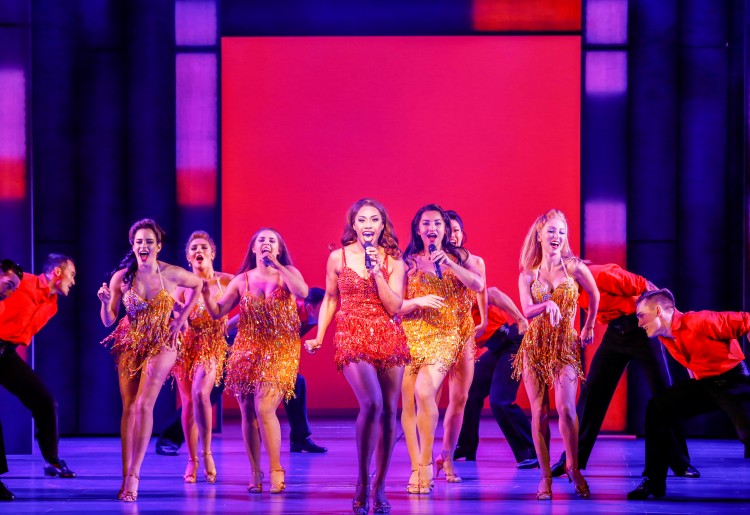 Welcome to The Fame Reporter Paulini

As a bestselling recording artist what was it about The Bodyguard musical and pursuing acting that sparked your interest?

I actually got to see this show when I was travelling 4 years ago and thought if it ever came to Australia it would be a great fit for me.  I could relate to the character Rachel Marron and when the opportunity came up I wanted to audition!   I am so grateful to be working with amazing people all around me and to John Frost and the team for giving me such an amazing opportunity.

What was the rehearsal period like and what have you learned about yourself through playing this role that the iconic Whitney Houston embodied in the film?

We were in rehearsals for one month – you really need to try and get mentally and physically prepared for the role. I had to get show fit so I did a lot of gym work – a lot of running on the treadmill while singing.  And I researched the character so I knew as much about her as possible and then put my own take on it in rehearsals.

What is the best part about song-writing versus performing?

Whilst I love them both – I do really enjoy the freedom of song-writing.. you can do it anywhere and it is such a great release and creative buzz.

What is the most challenging part and rewarding aspect of playing Rachel Marron?

They are epic songs and they are songs that a lot of female singers wouldn’t want to touch as the range is quite high.  So for me singing it every night is still a challenge but I do enjoy it as to be honest I have been singing them off stage for years so now it is great to share it with an audience. I get to pay homage to Whitney and how inspirational she was.

Now that you are truly immersed in the world of theatre is there a role in any musical theatre or straight theatre piece that you are dying to play?

I am just really loving this role at the moment!  I would definitely consider doing it all again for the right role – it has been wonderful being part of a show family.

Lastly who or what inspires you?

My mum is my biggest inspiration throughout my life and career!

Favourite holiday you’ve ever had/or country you have visited?

Every holiday is the best – you don’t even have to travel – it’s the people you are with that make it special.

I love Run to You!

Thank-you Paulini for being our guest at The Fame Reporter we wish you all the best and chookas for the Australian tour of The Bodyguard for 2017.

The Bodyguard’s last stop on their tour is Melbourne, get your tickets to the shows here.